A Reflection on Neighbors, Sunsets, and Gratitude 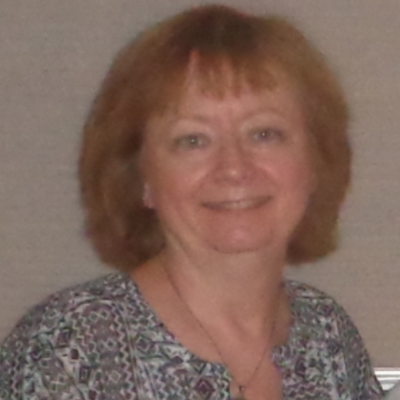 Tim was standing on his side of our porch. It was the first time I’d seen him since the election. His red lawn signs were gone. I’d left mine until earlier that day: “Choice is on the ballot,“ and “E_ G_ for School Board.“ Across the street, Sandy had removed her blue Malinowski sign the morning after the election. I left mine longer, at least the one about “choice,” as a kind of defiance in defeat.

Many years ago, Tim, Kathy, and I could joke about our differences. I had my Obama sign, and they had their McCain sign. But in the elections of 2016 and 2020, we somehow knew going ‘full-on lawn sign’ might be an affront. In 2016, I had no signs. Neither did they. In 2020, I had no signs. Kathy inked their candidate’s name in 3-inch letters at the center of an autumn wreath decoration on their front door, but it was barely noticeable. It must have been there weeks before I spotted it.

Last summer, while I was walking Gracie to the bridge one evening, I came upon Louise and Gerald. They were with Louise’s cousin from across the river, whom they meet on the bridge most evenings to watch the sunset.

In our part of this river town, a few steps from the bridge, you’ll  often find us doing what Louise and Gerald were doing that summer evening, doing what Tim was doing now as he stood gazing at the magnificent sky. You might receive a text from a neighbor—“look outside“ or “check out the sunset.“ If you happen upon Sandy and Chuck on a summer evening, you might get an invitation to join them on the bridge, to lean on the railing, sip wine, and watch together. In the first pandemic summer, Louise was on the bridge every night, gazing north and west, taking photos. She would text me particularly wonderful ones.

But on that day last summer, Gerald was wearing a gaudy white “Trump” baseball cap, bedazzled in silver and gold. I had to take Gracie and walk away. I sacrificed that particular sunset to anger, contempt, and frustration.

A few days after I saw Gerald wearing that hat, he came to mow my backyard, as usual. Since then, I have stood on the bridge with Louise and her cousin, and with Gerald, admiring the sunset.

Louise and Gerald have been to my house many times for parties over the years. Tim has removed my air conditioners in the fall. He has fixed my toilet at 11 p.m. Kathy often knocks on my door holding a container and saying, “I made too much soup—take some.”

“It’s a great one tonight,“ Tim said as I climbed onto my porch. I stopped to turn and look. The sun was almost down. The sky’s blue had faded, but there was a slim seam of gold, red, and fuchsia still visible through the frame of the bridge’s green metal struts and girders.

“Oh yes,“ I agreed. “And earlier,  when I was on the towpath, it was red and gold, with that wonderful turquoise. Do you know that color I mean?“ Tim nodded. He continued to gaze, entranced. “It’s a color that seems impossible, don’t you think?” Tim nodded again, smiling. We both continued to gaze in silence at the sky, the bridge, and the river.