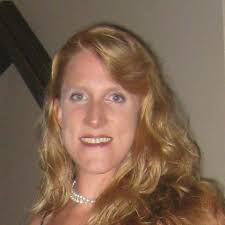 Sarah has always found faith and spirituality central to her life, but it wasn’t until she discovered Unitarian Universalism as an adult that she really felt like she had found the best expression for her values and beliefs. She began her journey as a UU at the First Unitarian Universalist Fellowship of Hunterdon County, where she now serves as the part-time Director of Religious Exploration. Upon taking that role in 2013, she realized that the position was not just a job, but a true calling.

Inspired by the Liberal Religious Educators Association (Metro NY LREDA)–where she served as treasurer and administrator for many years–to bring cutting edge programs to her work in RE involvement, Sarah strives to bring a strong Unitarian Universalist identity and pride to FUUFHC’s children and youth, and to help them find empowerment and agency in the world through active social justice. Recently, she has received professional certification from the HeartMath Institute to train others in best understanding the deep power and wisdom of the heart, and how that can be used to build personal and communal resilience.

Prior to becoming a religious professional, Sarah had a career in both business and education. She began working in healthcare and non-profit administration, but found a deeper passion in both public and private education. She’s taught English, history, theater, and journalism in several New Jersey high schools. Sarah holds a B.A. from Loyola University (Maryland) in Writing, Philosophy, and Psychology and holds a Master’s of Arts in Education. She was an administrator of several private learning centers and a corporate trainer for a national supplemental education firm. She also owned a franchise business which provided technology enrichment classes to young children. And, to top it all off, she is the mother to son Griffin—a young man who has grown into youth at FUUFHC.